PLEASE NOTE: THIS INFORMATION IS PRELIMINARY AND SUBJECT TO CHANGE 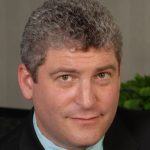 Jerald H. Simmons, M.D. is the Founding-Director of The Sleep Education Consortium (SEC) and Comprehensive Sleep Medicine Associates, PA (CSMA). He is Triple Board-Certified in Neurology, Epilepsy and Sleep Medicine. A graduate of Ohio State University, he trained in Neurology at Washington University, Sleep Medicine at Stanford University and Epilepsy at University of California. He began his professional career as Assistant Professor of Neurology at UCLA while co-directing the UCLA Sleep Disorders Center and directing the Clinical Neuro-physiology lab at Olive View UCLA. In 1999 he moved to Houston establishing his sleep disorders practices. He continues to conduct research studies relating to sleep disorders and developing methods to enhance the assessment and treatment of patients with sleep disturbances. His most recent research involves the relationship between Clenching / Sleep Bruxism / TMJ Disorder with Obstructive Sleep Apnea, as well as the relationship between ADHD And disturbances of sleep. Education is an important aspect of his career, having trained medical students, residents and fellows in sleep medicine and then establishing the SEC as an outreach to educate the healthcare community. He has been instrumental in providing guidance to the Texas State Board of Dental Examiners that led to the new rules requiring dentists to obtain some degree of education in sleep medicine in order to provide appliance therapy to patients with OSA. 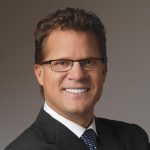 Dr. Hal Stewart has a longstanding commitment to the highest standards of general, cosmetic and reconstructive dentistry.
A biologic and systems-focused dentist, he believes that the focus of treatment should be to achieve and maintain a healthy and functioning chewing system. He believes that a healthy dentition is only a part of a healthy body, and so he also gives emphasis to treating problems such as neck and shoulder pain, headaches, clenching and grinding, that are often caused by dental problems.
Dr. Hal Stewart is one of fewer than 200 dentists worldwide to have completed the entire curriculum of the Orognathic Bioesthetics International (OBI) Foundation.

Since 2006, he has also served on the teaching faculty at the OBI Institute. He has also studied extensively at the Pankey Institute for Advanced Dental Studies and completed the Advanced Esthetic and Master Esthetic courses at the Las Vegas Institute for Cosmetic Dentistry.

Dr. Stewart is the CEO of The Stewart Center. He also lectures extensively, teaching dentists across the country and even around the world about advanced restorative and cosmetic dentistry. 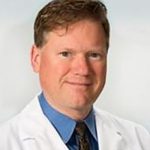 Dr. William Ondo is the director of the Movement Disorders Clinic at the Houston Methodist Neurological Institute. He has been in practice for nearly 25 years and specializes in the diagnosis, treatment, and research of Parkinson’s disease, essential tremors, the use of botulinum toxins in treating movement disorders, restless legs syndrome, and other movement disorders. He is board certified in adult neurology and sleep medicine. He has authored more than 270 original articles and book chapters as well as edited two books on movement disorders. Dr. Ondo currently serves as the president of the Tremor Research Group 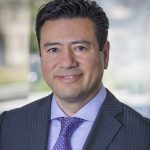 Sal Rodas is the chief product officer for SleepArchiTx and the executive director for the Foundation for Airway Health. He is a published author, speaker, and dental and medical technology evaluator. Rodas has presented hundreds of hours of continuing education courses to dental and medical professionals, nationally and internationally, in the areas of sleep medicine, airway management, 3D technology, and practice growth. Mr. Rodas has over 15 years of professional senior level executive experience. Throughout his career, he has worked on innovative solutions with leading companies in the medical and dental sleep industry designed to help practices grow. His most recent assignment was as the chief strategic officer of a sleep diagnostics company. Previously, he led operations, sales, marketing, and service efforts as the COO for Space Maintainers Lab, an international organization with offices in the U.S. and abroad that serve the needs of dentists and orthodontists worldwide. At Space Maintainers Lab, Sal presided over the SMILE Foundation – the educational division of the company – organizing seminars nationwide with leading lecturers in the dental community. Sal earned his MBA from Babson College, holds a Bachelor of Information Technology, and served as a U.S. Marine. 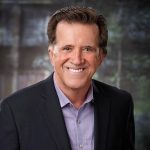 Dr. Grummons is a Board Certified orthodontist, graduate of Marquette University School of Dentistry who is an Associate Professor of Orthodontics at The Loma Linda University Medical Center Orthodontic Department. He has lectured extensively to orthodontic organizations world-wide and published orthodontic articles, chapters, and a textbook. He has won many awards for his high-level of performance of his Orthodontic Specialty practices in Marina del Rey, CA and Spokane, WA. His recognition stems from his effective clinical approaches to facial orthopedics, facial asymmetry, airway-focused facial orthopedics, complex Clear Aligner approaches, TMD management, and non-extraction orthodontic treatments. He has particular interests and knowledge on the association between craniofacial development and airway function. His lectures enhance the perspective of physicians – particularly pediatricians – on the negative impact stemming from neglecting proper dental development because of the impact this can have on the airway, sleep and daytime function. His dental approach strengthens the knowledge of how collaboration between the dental and medical fields can tremendously improve patients’ health. 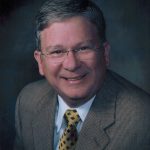 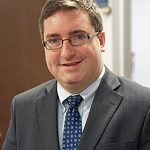 Gerard J. Meskill, M.D. is board certified in both neurology and sleep medicine. He completed his undergraduate training at the University of Notre Dame before attending medical school at S.U.N.Y. Downstate in Brooklyn, New York. He then completed neurology residency at the Hofstra Northwell School of Medicine — New York’s largest integrated health system — where he served as chief resident. After residency, Dr. Meskill switched coasts to continue his training at Stanford University School of Medicine’s Sleep Disorders fellowship program. Founded by William Dement, MD., Ph.D., Stanford’s program is recognized internationally as the birthplace of the field and is considered the world’s best academic sleep program. Dr. Meskill trained under many of the most recognized innovators in sleep medicine, such as William Dement, M.D., Ph.D., considered the father of sleep medicine; Emmanuel Mignot, M.D., Ph.D., the chairman of the program and the world authority on narcolepsy; and Christian Guilleminault, M.D., one of the world’s most published authors in the field of sleep and a major contributor to the discovery of the physiologic mechanisms behind obstructive sleep apnea (OSA). Following training, he joined Comprehensive Sleep Medicine Associates (CSMA) to work with fellow Stanford graduate Jerald H. Simmons, M.D. He founded and acts as coordinator for a narcolepsy support group in Sugar Land through the Narcolepsy Network and the American Sleep Apnea Association. He has been a regular contributor to the Huffington Post’s “Stanford Center for Sleep Sciences and Medicine” sleep blog. He has co-authored, “The role of flow limitation as an important diagnostic tool and clinical finding in mild sleep-disordered breathing” in the peer-reviewed journal Sleep Science and wrote a chapter on the interrelationship between stroke and sleep disorders in Sleep and Neurologic Disease. Additionally, he is a board member of the Sleep Education Consortium, a 501c3 non-profit organization that holds continuing education conferences with a mission to enhance the knowledge of healthcare professions on sleep disorders. 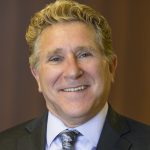 Rob W. Veis, DDS is the President and CEO of Space Maintainers Laboratories. He served as a Clinical Associate Professor at the University of Southern California for more than a decade, he lectures internationally on topics ranging from the application of appliance therapy dental techniques to dental economics and practice building. He is coauthor of the Manual of Appliance Therapy for Adults and Children, author of The Practice Building Bulletin and coauthor of the Treatment of Snoring and Sleep Apnea for the General Dentist. He is a member of the American Dental Association, the Academy of General Dentistry, the Academy of Dental Sleep Medicine, the American Academy of Gnathologic Orthodontics, and Academy of Sports Dentistry. He currently maintains a private practice in Los Angeles. 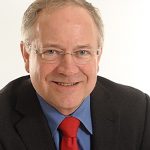 Ronald S. Prehn, ThM, D.D.S. is a third generation Dentist who focuses his practice on complex medical management of Facial Pain conditions (TMD and Headache) and Sleep Disordered Breathing. He received his degree at Marquette School of Dentistry in 1981 and post graduate education at the Parker Mahan Facial Pain Center at the University of Florida and the LD Pankey Institute in the years to follow. He is a Board-Certified Diplomat of both the American Board of Orofacial Pain and American Board of Dental Sleep Medicine, of which he is President. While being an adjunct professor at the University of Texas Dental School in Houston, he is published in several journals on the subject of combination therapy for the treatment of obstructive sleep apnea. He is a sought-after speaker on this subject at the national level. He currently limits his practice to management of complex sleep breathing disorders as well as TMJ/Facial Pain at the Szmanda Dental Center in Wausau, Wisconsin, while enjoying with his wife Linda, the outdoor life style and people of North Central Wisconsin. 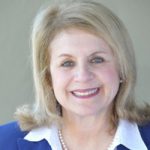 Joy Moeller, BS, RDH is a dental hygienist, formally an associate professor at Indiana University, who has worked as a myofunctional therapist for many years and currently has a private practice in Pacific Palisades and Beverly Hills.

Myofunctional therapy has now been proven to be effective in reducing AHI numbers by 50% in adults and 62% in children as well as lower oxygen saturation, snoring and sleepiness outcomes improve.

Joy is founding lecturer with the Academy of Orofacial Myofunctional Therapy (AOMT). Joy wrote a chapter in Sleep Medicine Clinics, a chapter in Sleep Disorders in Pediatric Dentistry, published in 2019 and a children’s book on tongue position as well as many published studies and other chapters in textbooks. She is currently on the board of the American Academy of Physiologic Medicine and Dentistry (AAPMD), a multi-disciplinary medical and dental group interested in airway problems, where she received a life-time achievement award March of 2015.

Joy has lectured world-wide and was invited to speak at Grand Rounds at the Mayo Clinic in Rochester, Minnesota and to Stanford Sleep Residency program. She currently teaches with the Palo Alto school of sleep medicine and taught with UCLA dental sleep post-graduate program. 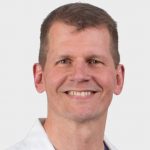 J. Cary Moorhead, MD, FACS: Originally a native of Cleveland, Ohio, Dr. Moorhead now considers Houston, Texas his home. Dr. Moorhead graduated cum laude from Princeton University with a bachelor’s degree in German Literature in 1985. He attended medical school at Baylor College of Medicine and stayed on to complete his residency in Otolaryngology, Head and Neck Surgery at Baylor as well. Following residency, Dr. Moorhead co-founded Texas ENT Specialists, which is now the largest ENT group in Texas, comprised of 33 physicians in 17 locations. Dr. Moorhead serves as president of Texas ENT Specialists and practices at their Memorial Villages location. He received his board certification in sleep medicine in 2010. In the community, Dr. Moorhead serves as the Chairman of the Board of Faith in Practice, a medical mission organization that provides medical and surgical care in Guatemala. He personally leads a surgical team every other year to Guatemala. Dr. Moorhead is a past president of the Houston Society of Otolaryngology. 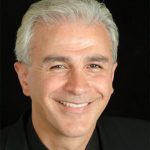 Dr. Yousefian graduated from Washington University, post-graduate training in orthodontics, dual Masters of Science Degree in biology, physical anthropology at Ohio State University. He is Diplomate of American Board of Dental Sleep Medicine and Orthodontics and is in private practice in Bellevue Washington. He has collaborated to several NIH funded clinical trials in airway, open bite, TMJ disorders. He has served as a Clinical Assistant Professor at the Ohio State University and University of Washington, is a guest lecturer at the University of Missouri-Kansas City. He is lecturer nationally-internationally. He has contributed thirty publications in peer-reviewed journals and twelve textbooks.